One of the most famous destinations worldwide is the southern region of Europe, what we could consider the Mediterranean countries area, formed mainly by Spain, Italy, Portugal and Greece. Depending on the time you are going to spend there, let's take a look at possible routes you may follow during your holidays in this region and at how to get 90% discounted hotels through free travel certificates.

1 Week trip to Mediterranean Countries:
In the case you are a bit short of time, the idea will be to explore the 3 most famous and touristic Mediterranean cities: Barcelona, Rome and Athens. The way to do it is very simple and I only recommend spending a couple of days in each of the three cities and the way to travel should be by plane. For Barcelona to Rome you should take Ryanair and from Italy to Greece any standard airline will do it as low cost is not strongly developed in the Aegean region. Myself I'm the kind of person that would spend 10 days in every city, but I understand that if you are looking at this article is because you want to explore as much of the south of Europe as you can in a given time.

2 Weeks trip to Mediterranean Countries:
If you are looking for the standard holiday of 2 weeks, that'll give you time to go a bit deeper into the culture of the region. In this case, I would add to the cities mentioned above only 2 more of them, Lisbon as the capital of Portugal and Venice as a second city in Italy, the European capital for lovers. You could visit another city, but I think it is better if you stay more relaxed and enjoy a bit more than 2 days in each of the cities mentioned. The route will go departing from Rome to Athens by plane, taking another plane to Venice, from there take Ryanair airlines to Barcelona and a last flight or train to Lisbon, to return in the end to Rome by air transport. I wouldn't recommend buying any train pass for this kind of trip.

3 Weeks trip to Mediterranean Countries:
A very good idea is to add a short cruise in the Greek Islands, especially with a visit to Santorini, an old volcanic island that has some of the most impressive sunsets in the whole Europe. You could also try the Crete Island. For Italy I would definitely add Florence within your travel plans, and in Spain it would be nice to visit Madrid, the capital, and Seville if you've got the time.

The way to organize this trip in the Mediterranean Countries is by starting at Rome for example and flying to Athens where you will take your cruise through the Greek Islands and returning to the Greek capital. Then I would take a flight to Venice, train down to Florence and a flight guiding your steps to Madrid. After the visit to the capital, a train to Lisbon to the west, another rail trip down to Malaga and the last railway part up to the touristic Barcelona coastal zone. FInally, a returning flight to Rome will work well with Ryanair.

It is recommended that you get a Global rail pass or country passes, especially for Spain. In any case, a global rail pass will entitle you to get discounts when cruising with some companies in Greece, so I encourage you to shop around looking for the best deal with this plane and train combinations.

4 Weeks trip to Mediterranean Countries:
That's of course the one we are always looking forward to. If 4 weeks are available to you, let's insert some extra time in each city OR add Milan, Porto and Bilbao to your route. If this does not sound good enough and you've got the money, why not to insert a whole week cruise in the Greek Island in the summer?

In any case, approaching again to the cities added, you would modify the route taken in the 3 weeks trip by adding Milan before flying from Florence to Madrid. From Madrid you would travel by train following a route up to the north to Bilbao, to the west to Porto, down to Lisbon, east to Seville and finally up to Barcelona. If you have the time, you could even stop at Valencia on your final way up to Barcelona. Train passes are highly recommended for Spain and Italy and a global rail pass would benefit from cruise discounts in Greece.

Getting 80-90% Discounted Accommodation:
The most usual way that is becoming famous nowadays is to use free travel certificates that can be found in certain website. In any case, be aware as many of the pages will make you BUY the travel certificates and this is never a good option. You should only get them in free places, as far as travel certificates are free to get for the people who give them to you. Which are these good places then? 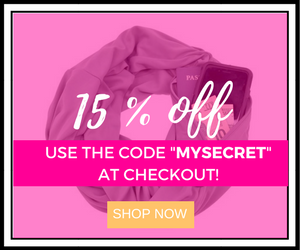 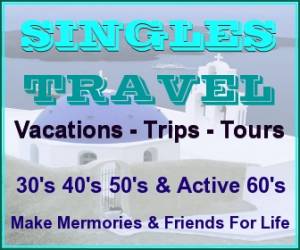